In February 2019 I went on a revival ride of over 7,000 km’s around New Zealand. I was riding with the Holy Spirit praying for New Zealand.

My last camp on my South Island ride was Gentle Annie Campground on the Mokinui River, 50 kilometres up the coast from Westport, on 2nd February. It’s a beautiful spot. My morning devotions included this passage.

We lift our hands to those we hope and believe can help us. Our hands hold our heart with its deep trust and desires; so lifting hands is worship. To stand with hands lifted is to stay in worship and not shrink back from faith as sure hope in God.

“I prophesy a fresh heart of worship flowing from the body of Christ. A new depth and breadth and sound from hearts lifted to God in worship. Hearts surrendered to deep trust and hope. Hearts lifted up to our God in devotion and willing obedience.”

A new sound of worship is arising, the new is the sound of the Spirit in our worship not a style of music. The sound of continuing and abiding in worship, its the sound of obedience.

This worship is the sound of rejoicing in our salvation and our rest in the mercy in the blood of Jesus Christ. There is a depth here that will hold us steady in storms, and a power that we steer us straight to where God is leading.

I hear a sound of unshakeable hope in the gospel of Jesus Christ to save. This sound of worship and praise before God, becomes a groan of intercession towards earth.

In Exodus 17:15-16 “Moses built an altar and called it The Lord is my Banner. He said, “Because hands were lifted up against the throne of the Lord, the Lord will be at war against the Amalekites from generation to generation.”

When hands are lifted up against our Father and his people and purpose, our first response and continuing response is our worship, our lifting our hearts in our hands before God. We overcome by lifting our hands, staying in worship. Not shrinking back from faith, and guarding our testimony.

Here is a little lesson from the bible that reveals why obedience is better than sacrifice. (1 Samuel 15:22)

In 1 Samuel 15 God sends Saul to destroy the Amalekites for their attack on Israel in Exodus 17. Saul attacks and defeats the Amalekites and their King Agag, but he doesn’t destroy them. Saul takes ministry into his own hands, don’t do this keep faith in God.

And Samuel says this to Saul,

You have rejected the word of the Lord, and the Lord has rejected you as king over Israel! 1 Samuel 15:26

The consequence of Saul’s disobedience went further than his losing his role as king. Some Amalekites survived so that over 500 years later there is fresh attack on God’s chosen people.

In the book of Esther, Haman the Agagite plots to kill all the Jews in the Bablyonian empire, which is most of the Jews. Haman descended from Agag king of the Amalekites is only alive because Saul disobeyed God.

When our worship falls short of willing obedience we leave unnecessary battles for children to fight against the devils schemes. This may not bother you, but I want to serve God in my generation and not leave my battles for my children.

To stand with hands lifted is to stay in worship and not shrink back from faith as sure hope in God. 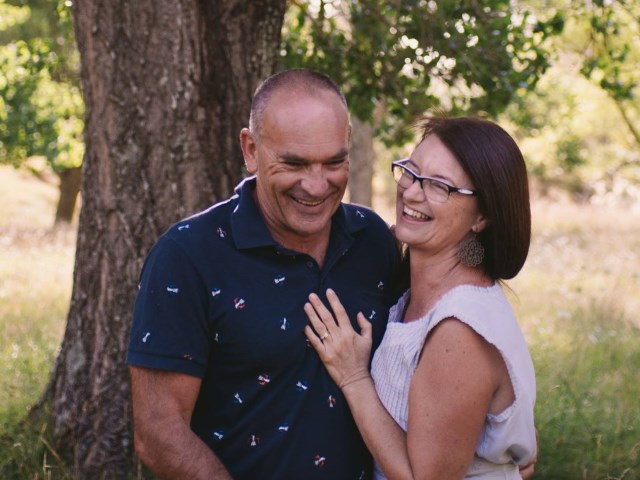 Paul Burton is a Christian pastor in Nelson NZ.  He is passionate about making truth known and seeing it make all the difference in people’s lives.